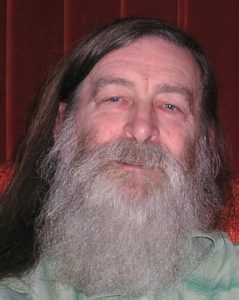 John Watkinson looks at the relationship between science and beliefs in the context of an on-line society.

Audio is not a world of its own, it is part of the world, and as such displays characteristics that have parallels in the rest of the world. Like any high-tech industry, today’s IT-based audio industry depends totally on the science that made all of the components possible, yet the world remains primarily unscientific.

Why is the world unscientific? Very simply science demands the acceptance that there can be doubt, and the preference of evidence over belief. Outside of scientific circles, people hate uncertainty and for some reason generally prefer to believe things that are unsubstantiated rather than to simply not know. Actually being serene about not knowing and being free of beliefs and prejudices is a wonderfully peaceful state to arrive at. It does not preclude searching or knowing at some point in the future, but it requires no justification in the present. I don’t have to justify a lack of belief, whether in oxygen-free copper or Intelligent Design. In contrast I can demand justification of beliefs held by others, whilst knowing full well there won’t be any.

Science is only a fancy word for how it really is, and it follows that there can only be one science, one body of rigorously obtained knowledge that is neither good nor bad and which transcends national boundaries. In contrast, the problem with unsubstantiated beliefs is that other people can hold different unsubstantiated beliefs, each one of which is held to be the correct one. One of those beliefs may be the right to use violence against those holding different beliefs, or that it is morally acceptable to remain silent when others do.

There seems to be a kind of duality in operation whereby the fewer are the facts relied on to hold a belief, the more tenaciously is the belief held.

It is telling that all belief structures treat science as another competing belief structure, as if reality could be optional, as if Ohm’s Law need not be accepted, or we could vote for it. Through millennia, beliefs have been seen to be bad news. The abundance of information should have made it harder to hold odd beliefs, but in fact the problem seems to be getting worse. Political correctness states that it is offensive to question the beliefs of others. Others may be planning to kill us, but let’s not offend them. That is a disconnect that needs to be dealt with.

Traditionally a lack of information was processed by using speculation; it’s what journalism is all about. How else can different newspapers come up with wildly different accounts of the same event if it is not necessary to distort the information into the form that varying belief structures will accept? When there are no data at all, speculation gives way to pure invention. One result is hi-fi enthusiasm, which is strongly related to theism. They have in common a complete lack of progress, but at least hi-fi enthusiasts do not embrace violence. With no evidence whatsoever, there can be no justification of pure beliefs, but that is neatly sidestepped by the concepts of ineffability and heresy; in other words don’t ask.

There seems to be a kind of duality in operation whereby the fewer are the facts relied on to hold a belief, the more tenaciously is the belief held. When the belief cannot be justified, yet cannot be challenged, it becomes a piety or a dogma and hypocrisy, intolerance and fear march close behind. On the other hand when doubt is admitted, when the possibility of questioning or abandoning or refining theories in the light of new information exists, then new concepts, ideas and challenges are not just tolerated but welcomed. Knowledge that has survived challenges is stronger.

Go back in time and less was known. Communications were poor and those in power kept it that way. Travellers could return to tell tales of mermaids and unicorns and even dragons, or that the mouth of the Mersey was guarded by Cilla and Charybdis, and expect to be believed for no better reason than the absence of contradiction. However primitive it may seem, that tendency to believe has not changed in the slightest in this information age, and is the mechanism that underlies most of today’s problems. As Mark Twain said, it is easier to fool people than to convince them they have been fooled.

When less was known, it was possible to impose beliefs that could not be challenged, especially if the punishment for such a challenge was torture or death. Such a society is incapable of making any progress because if nothing can be challenged there can be no mechanism to improve anything, from scientific knowledge to human rights. Nor do leaders need to learn or adapt. Consider the treatment of Galileo, who discovered that the Earth went round the Sun, and it becomes clear why the marvellous flowering of skills that formed the renaissance in Italy could not turn into an industrial revolution there.

Instead the dark ages would end and the industrial revolution would start in the first country in which science became possible. It may have been unintentional, but had Henry VIII not wanted a divorce or five, which led him to tell the Pope where to go, the industrial revolution might instead have started in America and the British Empire might never have happened. Charles Darwin and Dave Allen might have been tortured. The fate of Father Ted, the founder of Unintelligent Design, can scarcely be contemplated.

One of the wonderful consequences of living in an IT-based society is that we are no longer short of evidence to contradict nonsense. Yet information only exists if the destination understands the message, and that applies to MP3 players and MPs alike. All of today’s institutions were founded when information was scarce and they are, without exception, unable to deal with the present abundance of information that reveals their nonsense. The stone buildings they occupy symbolise not just physical permanence, but the inability of their occupants to accept that the world changes or to deal with today’s abundance of information, which is simply shut out.

It is frightening when those in positions of responsibility simply cannot see or hear clear evidence, else they might do something. And when inevitably it all falls down, we are told that lessons will be learned, when we know from history that nothing of the kind ever happens.

The apparent paralysis of our so-called leaders in the face of a changed world is presently one of society’s greatest ailments and it is more than interesting, in fact it is vital, to understand the psychology of what is going on. That might help us, or at least some of us, to grab a branch when the lemmings go over the cliff.

Welcome to the brave new world of IT and the flat line economy. Since the crash, people have learned to live on less and IT has helped them do it. My own standard of living has been maintained but with less expenditure. Practically every aspect of IT is deflationary: goods and services bought on line are cheaper, Skype calls cost nothing. Videoconferencing saves on travel costs. IT based cars and planes are more fuel efficient, disruptive and cheaper systems such as Uber and Airbnb continue to crop up. IT also makes self-employment more feasible. IT and robotics in factories cuts the cost of products. Every efficiency that accrues from IT results in less tax being received.

Whole countries, including the UK, are spending far more than they take in tax receipts. Politicians carry on spending, because they can’t see the problem: the information is shut out. They don’t have any doubt, they can’t and don’t adapt, because their policies, based on dogma, are believed infallible.

What folds me up is the fallacious assumption that if interest rates can be raised to contain growth, then growth can result from zero or negative interest rates. This is like trying to make a car go faster by pulling up on the brake pedal. I recently read the reason why we should study economics, which is to avoid being misled by central bankers. What zero interest rates do is to make it impossible for pension funds to meet their obligations, so that more of a company’s income goes into the pension fund than into its future. Thus growth is actually arrested, and the ticking pension bomb will make a bigger hole in your profits than anything a fundamentalist can achieve in the name of his prophet. The beliefs of central bankers, for there is no science in what they do, are slowly destroying whole countries, because they cannot grasp that their dogma is flawed.

People are fed up of politicians and central bankers and it seems that today every vote is a protest vote. Britain votes to exit Europe, America elects Trump, Italy votes against reforms, French Nationalism is growing. And it’s only just starting. Why do people vote against? Because they have nothing to vote for.