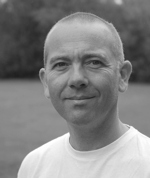 Over the last few years many ideas have been bandied around the EC, Line Up, IBSnet and the pub, and one that lots of people mention is the need for the IBS to introduce a mentoring scheme. In an employment environment where there are many more “one man operations”, where were the sound engineers of tomorrow going to get their skills? Sounds like a great plan, the need is there, people are asking for it, everyone agrees that is a wonderful idea and that is the way we “should” be going with the IBS…….but what is it, what the hell is mentoring? Ask any group of people what they think mentoring is and you will get a variety of answers, some based on experience, some based on what they would like it to be; in truth it is many things to many people. When I started looking into setting up the IBS scheme, which involved dipping my toes into quite a bit of HR speak, I found out that there was a big difference between what I thought was mentoring and what “industry” thought was mentoring. I started my career in BBC radio and after about a year I ended up working in the “pop and light music group”, with the esteemed Bob Conduct for my boss. If you were to ask me I would say that Bob acted as a mentor to me, he certainly took me under his wing, offered me advice, involved me in projects, inspired my interest and encouraged me to use my ears. There was more than one occasion when Bob took me out for a beer (OK, many more than one occasion!) and we talked over some technical issue, which usually ended in a tale about some session he had done. In fact, I would defiantly say that Bob had been a good mentor to me. The thing is, I would be wrong. Bob was a good boss to me, but he could not be my mentor, because he was my boss. When looking into mentoring I found the following:-

“Mentoring is a one-to-one, non-judgemental relationship in which an individual voluntarily gives time to support and encourage another..”

“support, assistance, advocacy or guidance given by one person to another in order to achieve an objective or several objectives over a period of time”

“off-line help by one person to another in making significant transitions in knowledge, work or thinking.”

In all studies I looked at the mentor is not the mentee’s boss – they need to have a slightly more distant relationship. That’s not to say that you cannot learn from your boss (depending on who they are, of course). Large organisations often have mentoring schemes where the mentor is not directly working with the person they are mentoring. This means they can take a step back, be more impartial and not be involved in any problems, ongoing disputes or conflicts. Another phrase I came across was that “mentoring is not coaching”. Coaching is a more short term activity with well defined goals relating to specific tasks, from what I can gather…..it matters not, the point is that mentoring is more about sharing, listening, and advice. It’s not about briefing someone on a specific job, its not about having someone to moan to, but it could be offering a bit of practical advice or even being a sounding board. If that last sentence seems contradictory, it is, because there are no set rules between the mentor and the mentee; the whole point is that it is a personal relationship that develops. Sometimes it may not be for a great length of time, other times it may be a relationship that lasts a lifetime. The important thing is that both people get something out of it. It can not be a one way street, because pretty soon that relationship will wither and die. What we intend to do in the IBS is to enable these relationships to happen. We will put people in touch with each other, attempting to put people in the same disciplines and the same geographical areas in contact. After that we will check up on them to make sure that everyone is happy, but it is really up to the two people concerned. We have advice leaflets on how to make it work, on recommended practices and on personal safety, which we will give to everyone involved in the project.

In setting up this project I got a lot of assistance from “The Institute of Engineering and Technology” who run a well established mentoring scheme. (From the IET website: The IET is one of the world’s leading professional societies for the engineering and technology community, with more than 150,000 members in 127 countries ) I had a long conversation with them and discovered they were running a scheme almost identical to the one I had in mind, so they gave me a lot of practical advice and even checked over our ideas. Having said that I am sure that we will need to change the system, make it better and possibly even bigger. I really hope that this project helps people in the early part of their careers, and gives them a valuable point of reference. I also hope it provides more experienced members a way to get a buzz out of sharing their knowledge and experience. At the end of the day, if this scheme provides training, coaching, mentoring or even friends for life, it does not matter, as long as it provides people with something they need, and a good reason to join the IBS! Chris Maclean MIBS