The meeting was very well attended by a cross section of IBS members from industry gurus to student members. This report only scratches the surface of the information provided on the night. The proceedings were recorded as a webcast video by IPS member Ian Sands which IPS members can download when logged in to the Members’ area. 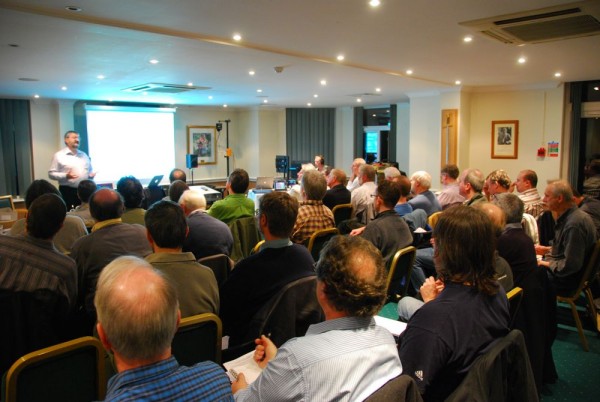 Mark Yonge, AES Standards Manager, chaired the meeting and opened with an overview of where we have come from in terms of metering. He pointed out the problem of loudness is not a recent one, citing his experience from 1972 in commercial television where the common perception was that “the commercials are too loud!“. The meters we use were not designed for loudness but to avoid overloading transmitters. The designs arrived at were the PPM in Europe and the VU meter in USA. The interpretation of these meters for balance purposes varies of course. Also there is obviously no single number result which would enable a specification in contracts! Mark pointed out the market for programmes has become global with associated contractual requirements to meet delivery specifications. Therefore the need is for an objective measurement of loudness. Starting in the 1980s Dolby had made attempts with the LM100 to measure loudness for their cinema market but this was found to be not suitable for international standardisation. In 2003 ITU-R carried out international tests and the result was the standard we know as ITU-R BS.1770. This algorithm was actually simple to implement and based on RMS power but did not specify fully some aspects of metering. Mark then also made the point that broadcasting chains are necessarily long and involve may different stages and people. Ideally we need three things for loudness measurement: 1) only one standard 2) the numerical result should read the same at whatever point in the chain it is measured and 3) the standard is international so programme exchange is made possible with no ambiguity. He concluded by saying the matter is still being resolved and very soon there will be consolidation of regulations, delivery requirements and contractual terms all based on loudness. 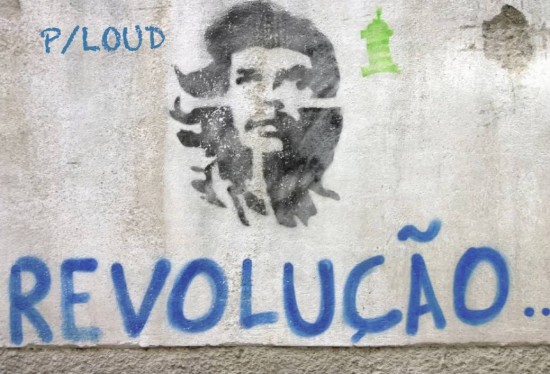 The next item was a very entertaining and comprehensive report by IBS member Florian Camerer who chairs the P/LOUD group. Coincidentally this group was meeting that same day so he very kindly gave his presentation by an imaginatively illustrated pre-recorded video presentation.

As a paper version containing all the information from his video presentation can be downloaded from the Resources section (Loudness folder) I will not go into detail here. In brief, after a thorough background, Florian updated us on their new recommendations for gating and measurement integration times that are lacking in the ITU-R BS.1770 document. He also previewed their upcoming Recommendation R128 on Programme Loudness, Maximum True Peak and Loudness Range, distribution guidelines and practical guidelines.

Martin Dyster from TSL, a systems integrator and manufacturer of monitoring units, gave his viewpoint as someone who deals with the broadcasting infrastructure internationally. This was a salutary reminder for us at the “front end” that our programme can be subject to all manner of manipulation as it is shunted back and forth in the broadcast infrastructure and to multiple kinds of output platform. He mentioned that they get requests from customers to fix the problem by simply installing a processor as a ‘safety net’ at the end of the chain – not a solution that finds favour with operational mixers! He described a comprehensive bay mounted monitoring unit that handles multiple formats including SDI and can meter 16 channels of de-embedded audio. It will incorporate measurement to the ITU-R BS.1770 spec later this year.

This was presented by Chris Collings of Aspen Media (UK distributor for RTW) who explained that Mike Kahsnitz from TRW could not be there because he was attending the P/LOUD meeting. He described the current models ranging from the simplest stereo version up to the most powerful meter which is accompanied by a surround monitoring controller with individual speaker solos or mutes. At the moment all the meters incorporate a huge variety of parameter settings which were used for evaluation tests by the P/LOUD group. These will probably be simplified once the R128 recommendation is finalised and complied with. Various display options were available to show peak and loudness via differing layouts of and style of graphics. 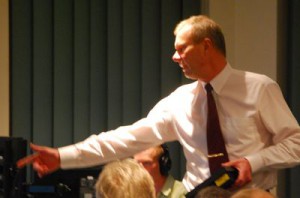 This was presented by Karsten Hansen the founder of DK-Technologies (and as he said – known as “Mr DK-Techology”). He was showing the most powerful system which incorporated video in addition to sound monitoring. ITU BS.1770 had been incorporated. However he explained that they would be providing two “dialects” of settings to cater for the worldwide market. Parameters that would probably differ would be the alignment frequency (400Hz vs. 1000Hz), alignment level (-24 vs. -23) and true peak (-6 vs. -1). These differences to the ITU specification were to cater for the wishes of large international broadcasters which Karsten said were liable to all want slight variations. What are the chances for Mark Yonge’s desired “one single worldwide standard” I wonder??! Apparently the US broadcasters are also asking for graph displays of loudness over time for the whole programme duration and a reading of the maximum loudness reached. Like RTW there were menus to access preference settings of any parameter that you could possibly need. 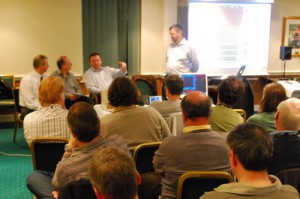 This did not produce the amount of discussion one might have expected probably because we were all punch drunk from the amount of information that we had received and needed time to mull over the implications! However there was general consensus that we were only at the beginning. Also some anxieties were expressed about how to make the transition from PPMs to the as yet unknown loudness meters. Will we ever reach the nirvana of one single global standard? The mission of the EBU working group P/LOUD is admirable and in an ideal world should succeed. However it would seem to be a herculean task given the current negotiations by large US broadcasters amongst others who are already demanding their own versions of the standard (albeit variations of BS.1770) Meanwhile the EBU P/LOUD group is working as fast as they can but we always want it sooner! We must keep faith. We need it to work so we can have the scope to make more dynamic mixes. Keep up the good work Florian! Mike Felton

Posted in Craft and tagged EBU R128 loudness
← Great drama – but can you hear what they’re saying?Mentoring – What’s That All About Then? →